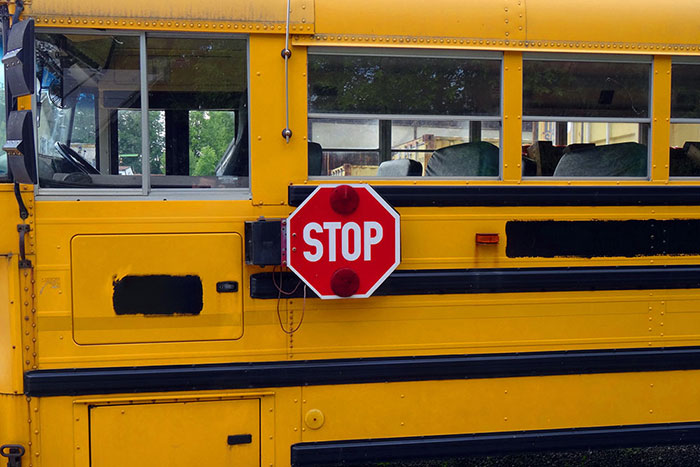 BELLEVILLE, IL (May 2019) —  Keefe, Keefe & Unsell, P.C. on Wednesday (May 8) obtained a $7.15 million verdict on behalf of a local man who was crushed by a school bus while driving his employer’s delivery truck.

Our client suffered a mangled and partially amputated left arm, fractured left hip, severed thoracic aorta, lacerated kidney and lasting emotional trauma as a result of the April 25, 2017 wreck, which occurred as the bus was traveling at 55 miles-per-hour, and as he was pulled all the way off the road.

The trial consisted of medical experts who testified about how close our client came to dying, his excruciating recovery, and his permanent physical and psychiatric disability.  It also featured friends and family members, who painted the jury a picture of the full and happy life he led before the crash.

The defendant admitted liability, but only asked the jury to award $2 million, while conceding to at least $1 million for our client’s economic losses.

“In other words, they suggested to the jury that a lifetime of disfigurement, a lifetime of emotional distress, a lifetime of pain and suffering (both what he’s already gone through, and what’s ahead of him), and the permanent loss of what his life was before, was all only worth a million dollars,” said firm partner Thomas Q. Keefe III, who led the trial before St. Clair County Circuit Judge Chris Kolker.

The jury deliberated about an hour before returning its verdict, which also included $771,058 in past and future medical expenses and $380,000 in wage losses.

“The jury obviously — and correctly  — valued our client much more highly than the defendant did,” Keefe said.

On the Friday before trial, the defendants had proposed settling for $3 million, an offer that the plaintiff’s lawyers rejected. Assisting at trial this week was firm founder and partner Thomas Q. Keefe Jr.

“Our client is one of the most pure and decent human beings we’ve had the privilege of representing, continues to suffer from this horrifying ordeal, and we are forever grateful to this jury for justice,”Keefe III said on Thursday.

Keefe, Keefe & Unsell, P.C. is a personal injury law firm that focuses on cases resulting in catastrophic injury and death, winning over $750 million in verdicts and settlements for its clients. To learn more visit https://keefeandkeefe.com/ or call us at 618-236-2221.