Recognizing the Greats of Our Profession 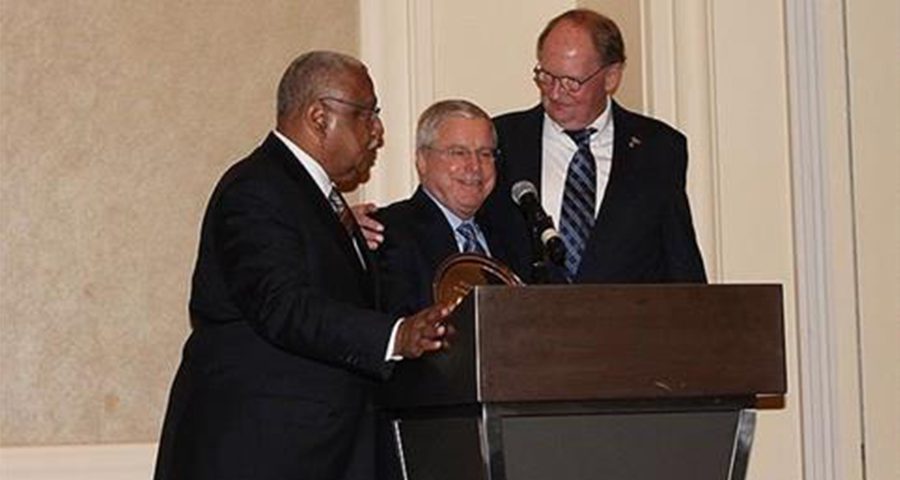 Remembering Why We Do This

It’s always rewarding when we get to pause and reflect on our work as plaintiff’s lawyers — particularly when it comes to recognizing some of the greats of our profession and how they have impacted other people’s lives.

The presentation of the Leonard M. Ring Lifetime Achievement award, which is given annually at the Illinois Trial Lawyers Association’s convention, is one such occasion.

The award goes to trial lawyers who have shown a particular level of commitment, drive and work ethic, as Ring himself possessed. It’s for those who have dedicated their lives to obtaining justice for victims of medical and corporate wrongdoing — and who have gone above and beyond the call of duty in doing so.

Founding Partner Tom Q. Keefe Jr., who received the honor in 2015, recently had the privilege of traveling to Chicago to present the award to this year’s honoree, Joseph Power Jr.

And he was the lead attorney in a trucking case which led to seventy-six criminal convictions, including the former governor of Illinois in the “licenses for bribes” scandal, which triggered the retesting of over 2000 truck drivers.

He’s as tough as can be, but also an extraordinarily decent man.

And that’s why this was a particularly special occasion.

Power is not only one of the most effective lawyers around, but also a longtime friend of our firm.

And fittingly, it was Power who presented the award in 2015, which we blogged about here.

It was a true pleasure to be able to return the kind words and honor, Joe!